There is something special in a chocolate milkshake especially when you add raspberries too.
Then adding cinnamon helps take it to a whole new level of deliciousness.

Lactofree have bought out a brand new milk flavour – chocolate! I love lactofree milk and now with chocolate I am so happy. I have been challenged to come up with milkshake which has chocolate milk in it. (What a hard job but someone has to do it). I have come up with a truly delicious and rather grown tasting raspberry, chocolate and cinnamon milkshake.
Chocolate and cinnamon is a combination that is popular in Mexico if my research is correct. I’ve added cinnamon to brownies before and it’s worked a treat so I thought I’d try it in milkshake. 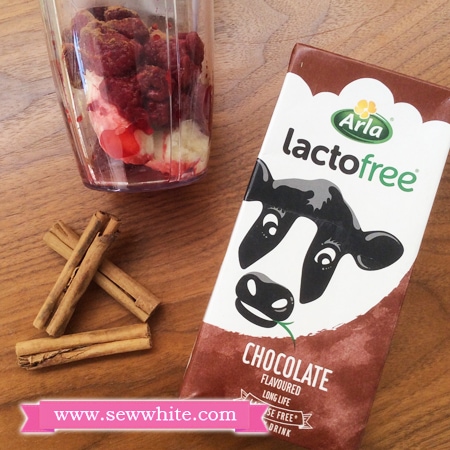 I made this in the large cup of the nutri ninja. I used defrosted raspberries as they are so much juicer than fresh.

-Break up the banana and pop it in the large nutri ninja cup.
-Add the raspberries and cinnamon.
-Top up with chocolate milk to the fill line.
-Whizz until it’s smooth.
-Serve straight away and enjoy.
-Top with mini marshmallows.

The raspberries added a lovely red colour to the chocolate milk. 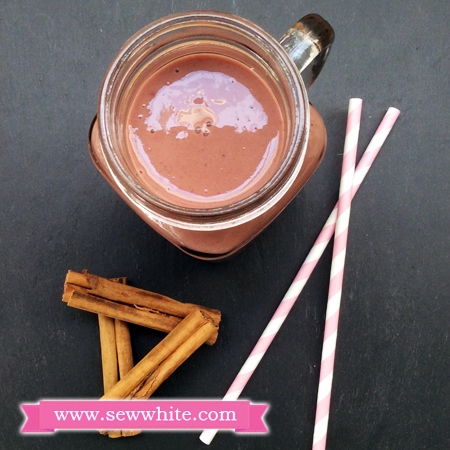 The marshmallows added a sweetness to the milkshake but I’d recommend having them next to the milkshake unless you have a straw big enough to stuck them up or you don’t mind getting milkshake covered fingers. They are so sweet next to the tart milkshake. Definitely a flavour combination which works. 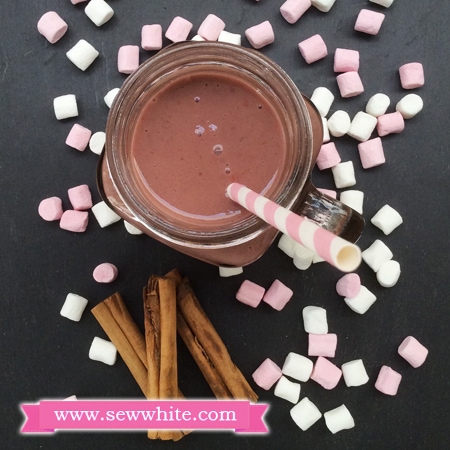 I now need more chocolate milk so I can make more. Hoping my local tesco has some x