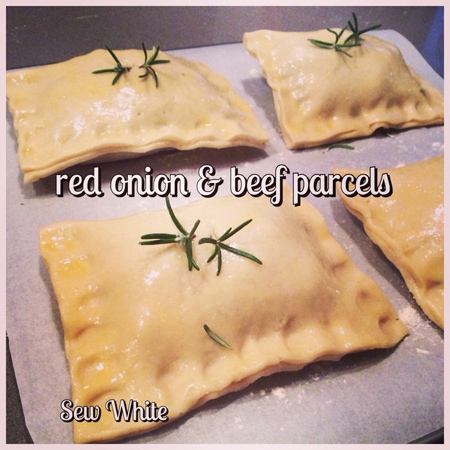 This is a lovely pasty parcel dinner and really easy to make. The amount makes about 8 small-medium parcels but of course you could make some larger ones if you don’t plan on having any veg/potatoes with it. Next time I’d make 4 large ones as they were so tasty I could have eaten more! 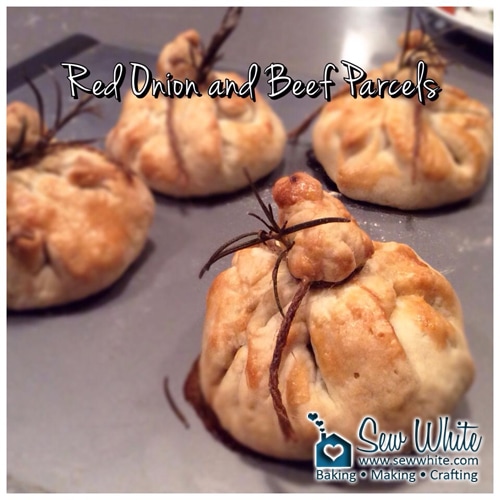 Method
– Cut up the beef into roughly 1cm square pieces and brown off in a hot pan with a tablespoon of oil.
– When they have browned off, take the pan off the heat and remove from the pan and set aside.
– Finely chop the red onions, carrot and potato (I cut the carrots/potato into small squares).
– Add the veg to the pan you cooked the beef in and lightly fry for five minutes until it starts to brown.
– Lower the heat and add 2 tablespoons of water to the veg and mix in to make a little gravy and cook the veg for another five minutes until soft.– Take 2 of the rosemary sprigs and remove the leaves and finally chop them and add them to the veg.
– Add the beef back into pan with the peas and as much or little Worcestershire sauce as you like. I used 2 tablespoons. Add a little salt and pepper.
– Take off the heat ad leave to cool. (If it isn’t cool when it’s put on the pastry the butter in the pastry will start to melt.)
– Preheat the oven to 180 degrees.
– Roll out the pastry into a square roughly 35cm square and divide into a 4 pieces.
– Put a 2-3 tablepsoons of the mix into the middle of each pastry square and pull the pastry up to make it into a little parcel and use string to tie it (remember to tell people not to eat the string). It’s easier and quicker to fold it like an envelope. You can add a little rosemary for decoration.
– Brush the pastry with the beaten egg and pop in the oven until gold brown about 30-35 minutes.
– Eat straight away when hot and tasty.We have it with more veg or when it gets a little warmer it would be nice with a salad. 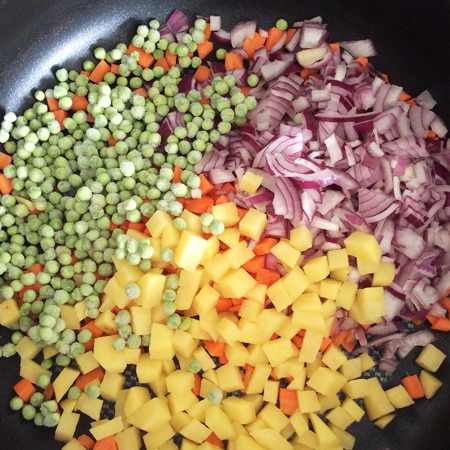 My Orange Drizzle Cake recipe is full of the fresh