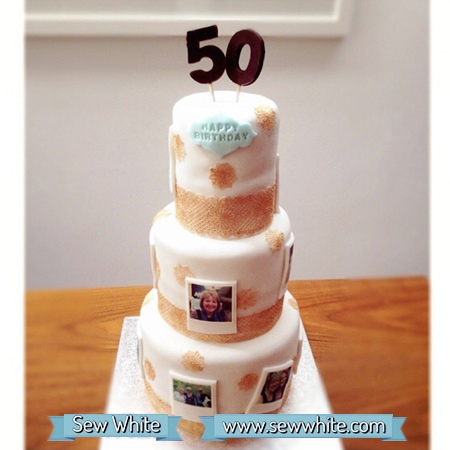 Last weekend I had the best job and was asked to make a birthday cake for Aunt’s surprise birthday party.

I was told there would be a few guests and could pretty much do anything I wanted. I decided I want to make something impressive and large. I haven’t done a proper tiered cake before so it was my first time using cake pillars and boards under each level. For decoration I had the idea of making Polaroids with photos of my Aunty and her immediate family on. It was great to personalise the cake and everyone loved finding themselves on the cake.

Here is the finished cake ready to be taken to the party.

I wanted there to be a surprise when it was cut in to. I really wanted to make a pinata cake but that was squashed when I found out my aunt doesn’t like chocolate and sweets too much. So I had a pinterest search (they are never quick) for secret design cakes and I found a post about adding cake pops into the mix to make polka dots.

I have a cake pop maker from lakeland so I made the mix for the cake and then took a bit out and divided into 3 and added some red, yellow and blue colouring paste. After make a lot of cake pops for 6 cakes I finally learned that I didn’t want to over cook them as they were going back in to the oven so it didn’t matter if they were a little undercooked in the middle. The ones below were the first cake pops and a little over cooked but they still worked. I need to get some more colours. I wish I had had more than three colours. Purple and a green would have been a nice addition. 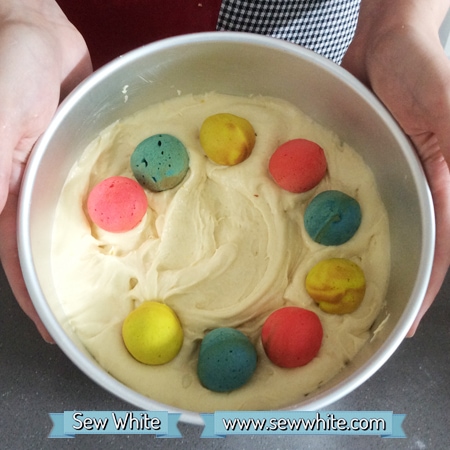 As I didn’t want to cut through the polka dots in the cake to make the sandwich I made the cake tiers very tall so there was a layer of jam and butter cream. The layers were huge and I was worried it would be too tall! Here they are ready for their crumb coat of butter cream. Like the fool I am I completely forgot to add another butter cream layer afterwards before the sugar paste went on so the shape of the cake underneath was more visible that I’d like but it all worked. Thank goodness. 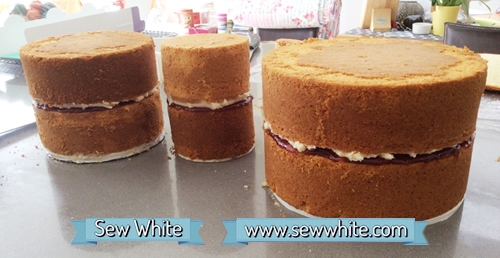 For decorations I had bought the lace maker from lakeland. I should have bought the proper Claire Bowman one. After 14 attempts I managed 1 almost perfect lace band for the top layer. The other cake layers had lace but I had to chop the frill off which had broken a lot. With the other pieces I had I cut out the flower pattern from the middle and used them flower designs to dot the cake with. 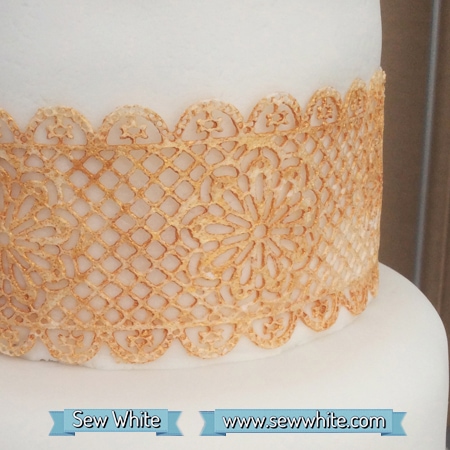 The Polaroids were very easy to make thank to edible printing. I had 12 photos of my Aunt printed and very delicately cut them out. I rolled and cut out the white sugar paste and cut into rough rectangles larger than I needed. I very very lightly brushed the sugar paste with water so it was sticky and stuck the photos on top. As I couldn’t get them completely straight as they were so delicate, leaving extra room to trim was brilliant to square them up. 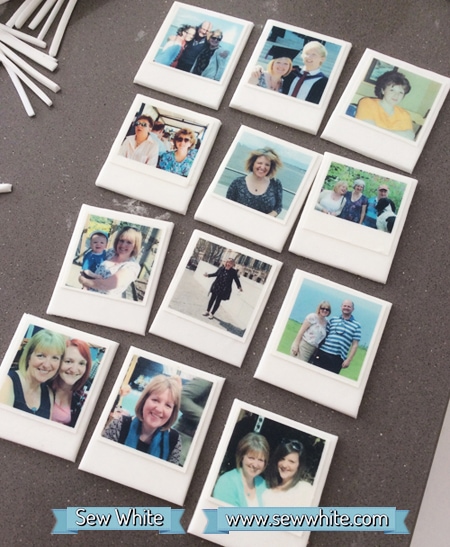 I stuck the Polaroids on with edible glue. I was going to use butter cream but as it was warm they would have slipped down and that would have been a nightmare. 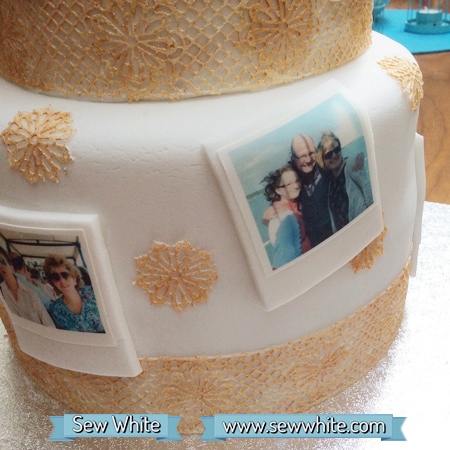 In the gap on the top I added a little happy birthday message after adding a chocolate 50 on the top. It was ready to go to the party. 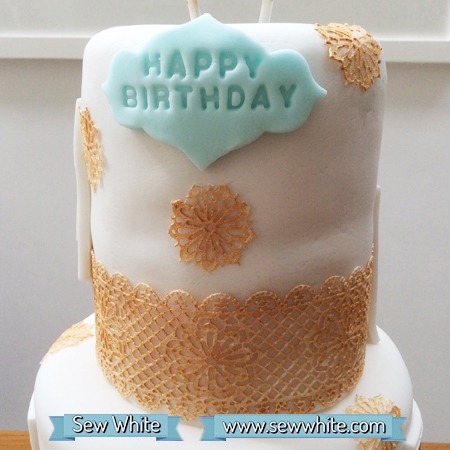 Of course not knowing what the polka dots would look like was the hardest thing but as it was cut into they looked fabulous. A huge relief. 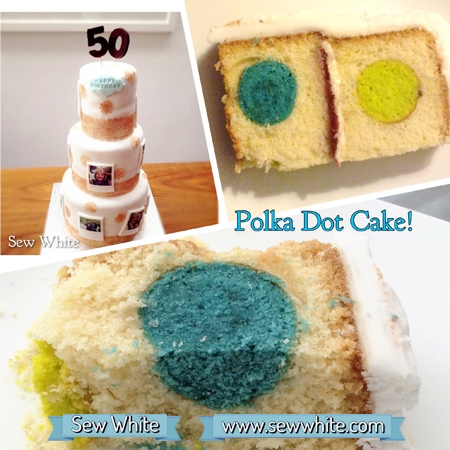