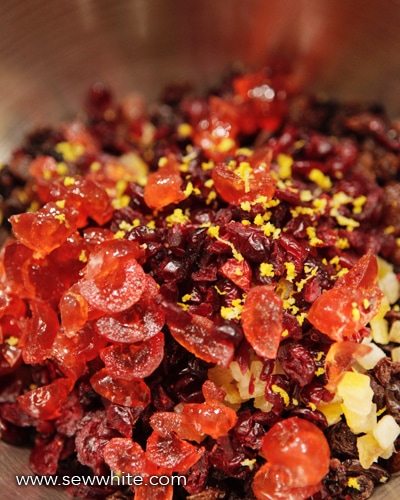 Christmas is finally in sight and it was time at the weekend to get the Christmas pudding made and steamed.

I used my recipe from last year which was such a success Ive had orders for it this year! It’s filled with cranberries, cherries and all the other good things that go into Christmas puddings including a lot of brandy and Stout. If you want to make the Christmas pudding there is still time. You can see my recipe here.

While making the Christmas pudding this year I had three new products to try. The gorgeous OXO Good Grips mixing bowl and citrus juicer and the Napoleon Brandy from Aldi. 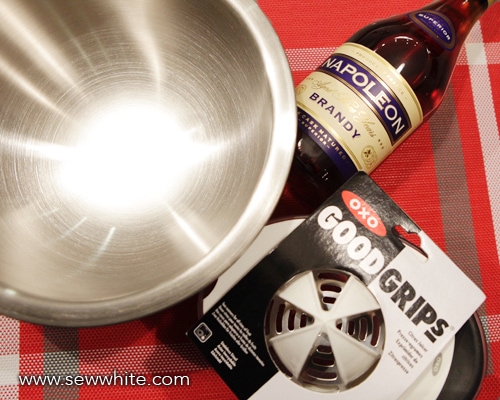 The Napoleon Brandy has a brilliantly strong taste which has worked with the fruit beautifully. It’s full bodied and isn’t too sweet which compliments the sugar of the fruit perfectly. It has the delicious Brandy smell which mixed with the spices really brings home the festive cheer in my house. The smell while it was steaming was amazing. The house smelled like Christmas! 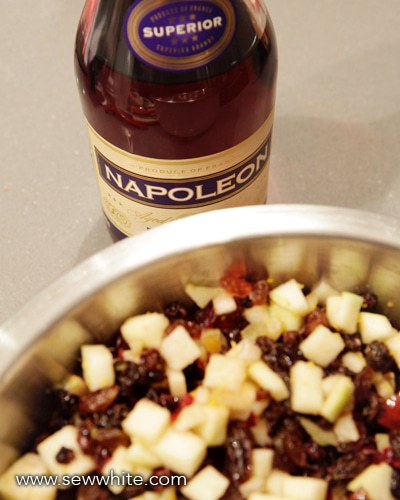 The mixing bowl was so smooth and shiny (I think I must be part magpie) The base of the bowl had a silicone edge which helped the bowl to not slip or move when stirring. Such a little addition and made such a difference. The bowl is rather large and held all the fruit while it soaked in alcohol. I did have to upgrade to my massive mixing bowl for the big mix as there is so many extra ingredients but this bowl is a great normal day to day mixing bowl size. It’s also very light and easy to clean.

The juicer is brilliant and easily my favourite kitchen gadget in ages! The juicer part has two ends, one large and small which I love for using on different fruit. The smaller side for the lemon and the large one for the Orange. The gaps in the metal work catch the pips and allow a lot of the pulp through which I love. Underneath the juicer is a little pot which catches the juice and it also has a measure so you juice to the exact level and amount you need. The non slip handle too is so useful. Even with slippery hands covered in lemon juice I was able to keep hold. 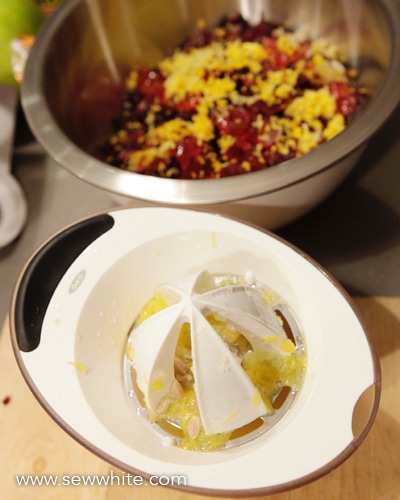 After soaking the fruit over night I mixed the last ingredients in, placed in the pudding basins and steamed for 4 hours on high on the slow cooker.  It was brilliant fun and the house smelled gloriously of Christmas.

I was sent these items to review. All opinions are my own.