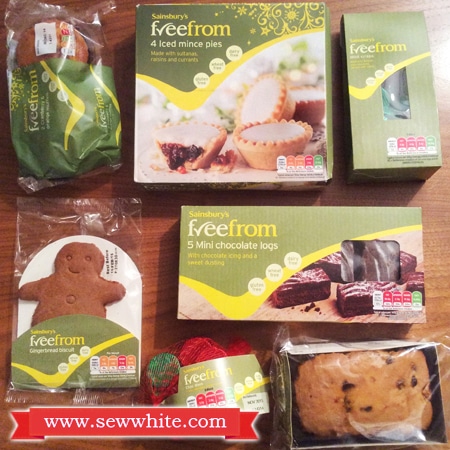 I’ve written a few blog posts recently about trying to reduce milk and wheat from my diet and when I was given the oppertunity to try a selection of Freefrom festive treats from  Sainsbury’s I couldn’t say no! All of the Freefrom goodies are Gluten, wheat and dairy free.

We started off with the mince pies and they smelled amazing! The pastry was crumbly but wasn’t the most tasty but with the rich fruit and icing the pastry worked well. We both agreed that their was too much icing on the top and it was incredibly sugary! A thinner bit of icing or even a little star of icing on the top would have made the mince pies perfect. We both agreed these were a nice treat.

Next up was the chocolate logs. These are were like little chocolate brownies with icing. YUM! They tasted good and tasted very similar to regular gluten filled chocolate cakes and brownies. The log portion was huge and we both agreed that if it was cut in half that would have been enough. It was rather rich and filling. It’s not usual I can’t eat a lot of chocolate but that one was strong.

The gingerbread man I was very curious by. Having made gingerbread last week I knew the main ingredients are flour and butter so how could they make it without these. The gingerbread was rock hard and although it smelled nice and gingery it didn’t taste very great sadly. We both had high hopes for it but never mind there was more to try.

The little chocolates were next up and these were also sadly not very nice. Taking the dairy out of chocolate doesn’t seem to produce nice results. The mint crisp chocolates were oddly a lot better. The mint worked with the chocolate taste and had an After Eight feel about them. These were nice.

We then took a nice big slice each of the panettone style cake. It smelled amazing and tasted brilliant. It tasted exactly the same as regular panettone but oddly had a softer crumb. It was so delicious and we ate our slices fairly quickly. If we didn’t have anything else to try I’m sure we would have polished that off in a few minutes. I really want to use this for a panettone baked fruit pudding. I’m hoping my local Sainsbury’s have it in stock at the weekend.

Last but not least the cranberry and orange muffins. These were amazing! The orange was so strong and delicious. I couldn’t ask for a nicer muffin. The flavour was good, the texture was good and it went very well with a cup of tea. 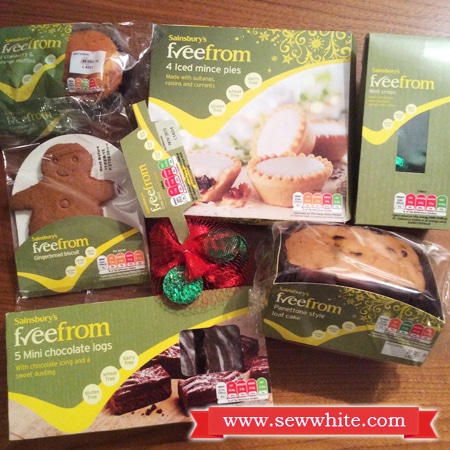 After trying all these together it is really pleasing to know that there is some delicious food out there for those who can’t have gluten, wheat or dairy. Since eating more freefrom items I’ve noticed how much better I feel. I’m hooked!