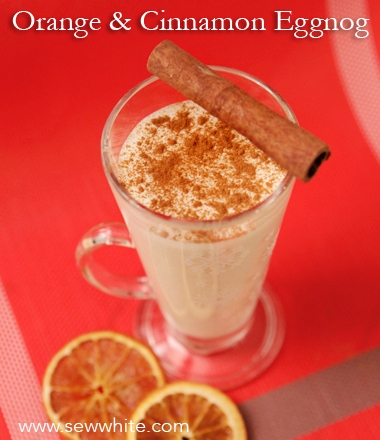 I think it’s a very British thing to think that Eggnog is weird. It is, but it is delicious.

I’ve been trying out this American Christmas staple and adding my own flavour twist to the classic recipe by Waitrose Cellar. See the original recipe here Waitrose Cellar Eggnog.

I love the cinnamon and orange flavours at Christmas and love adding to them to most things. With the addition of Cointreau to the rum and the nutmeg on top this frothie and milky drink takes on a lovely extra Christmassy feeling. I hope you like it and it makes a very nice pudding.

Waitrose Cellar provided me with gift voucher to purchase the ingredients for my recipe. The ideas are all my own.