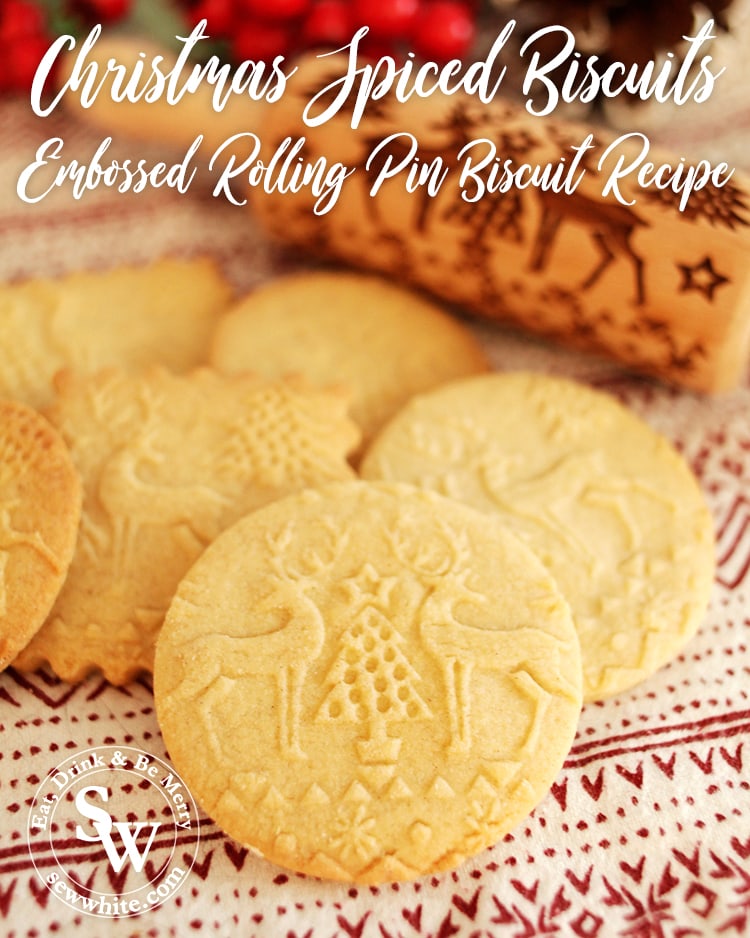 The delicious iconic festive flavours are in my Christmas Spiced Biscuits. The best Embossed Rolling Pin Biscuit Recipe to keep the pattern when cooking.

I love my embossed rolling pin! The pattern is so super cute and being that it is Christmasssy I have to make the most of it in November and December. I worked on a few recipes to try and get the dough perfect to hold the shape from the rolling pin and this is it. Luckily the ones that didn’t work I ate the evidence of.

The best tip I can give for this recipe is keep the dough cold. If it’s cold the pattern with stay when it’s cooked. When it goes from the cold fridge to the oven it doesn’t get a chance to spread before the outer layers have cooked and hardened. Also try not to work the dough too much. Once it rolled out the first time roll the rolling pin over and cut out as many biscuits as you can. With the remaining off cuts stack them roll them out again. Put it back in the fridge to get it get it cold again if you are going to use the embossed rolling pin on it.

I love how these biscuits came out. The embossed rolling pin really left a beautiful pattern which cooked without distorting it. I love it. They also taste incredible. The smell of the Christmas spices really filled the kitchen which makes them a pleasure to make. When you cook them make sure you take them out before they go golden brown as they will dry really hard. Unless you dip them in tea they won’t be easy to bite. This recipe also works really well for icing biscuits.

How do you use an embossed rolling pin for cookies?

Embossed rolling pins can be a fiddly but taking it gently and using a good cold dough will give you the best results. As will chilling the cookie dough again before popping them in the oven. Keeping the dough cool/cold the when rolling and baking will keep the pattern from spreading.

When you use the rolling pin dust it over with a little flour. If anything gets stuck in the grooves then use a pastry brush or clean paint brush to remove it. Dust every few rolls.

Unlike a normal rolling pin you want to roll once with the embossed rolling pin. Gently go in one direction with the same force through out. I found it easier to press on the main rolling pin rather than use the handles. Experiment and take it slowly and make sure the dough is cold but also not too covered in flour.

How do you use an embossed rolling pin?

Gently! When you use an embossed rolling pin you want to keep the pressure the same across the dough. You want to go in one direction slowly at a time. You won’t want to go backwards and forward in one go as that will break the pattern. From there stamp out the biscuits and pop them on a greaseproof paper prepared baking sheet. Put them in the fridge for about 10-15 minutes. Bake directly from the fridge.

How do you clean embossed rolling pins?

Cleaning an embossed rolling pin is really easy. Once you’ve used it, use a pastry brush or soft washing up brush (dry) to wipe away any left over dough. Once it’s clean gently scrub it with a soapy brush to remove the grease. Don’t over scrub and leave to air dry after taking most of the water off with a tea towel. Do not put them in the washing machine.

You could also add some lemon zest if you want but just warned that the bits might interfere with the finished design. Lemon extract would work better. 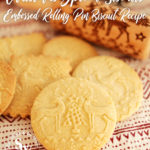 •To make them great for all year remove the spices and keep them with a beautifully vanilla flavour.

Mince pie Bundt Cake
It's beginning to taste a lot like Christmas with my Mince Pie Christmas Bundt Cake. Filled with mince pie filling and spices it's great Christmas bake.
Check out this recipe 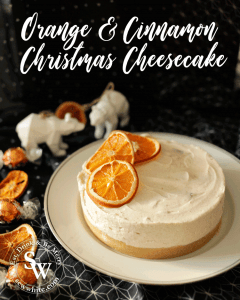 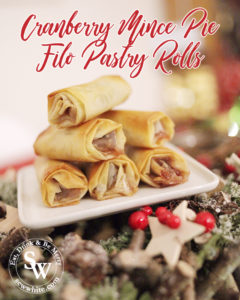 I love hearing from you that you’ve tried my rec

AD| With spring having sprung and, hopefully, more